Ms Dragica Simunec, President of the European Nursing Council (ex FEPI) and member of CEPLIS’ Executive Board was received as a Fellow of the Nursing Faculty of the Royal College of Surgeons in Ireland (RCSI) the 07/12/2015. The previous day, the Royal College had hosted an important General Assembly meeting of FEPI, in which, a change of the name of the organisation was decided, as well as an opening of its observer membership to Universities and other specialised bodies with an interest in Nursing Regulation and Patient Safety. A full member of CEPLIS, ENC has the vocation to become the voice of self-regulation for Nurses EU-wide. 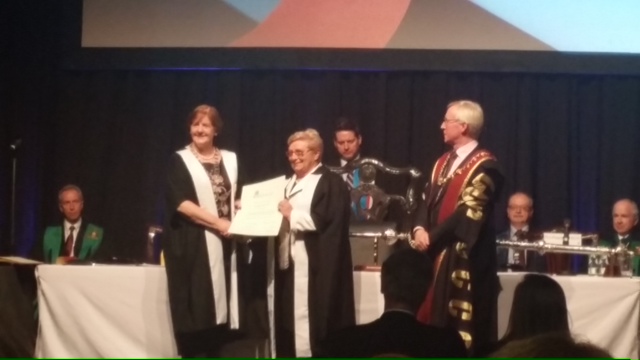