The 28th and 29th of April, CEPLIS had the pleasure to welcome legal professions from all over Europe to the Brussels seminar of the LIGHT project. This European Project financed by the European Commission aims to increase the competency of legal professions in the fight against Money Laundering and the Financing of Terrorism (AML/FT). LIGHT is led by Confprofessioni – the Italian Confederation of Liberal Professions – and gathers CEPLIS, the Association of Women Lawyers (WLA), FEDERNOTAI – the National Trade Union of Italians Notaries, the International Union of Notaries (UINL), – the General Council of Notaries (CGN), and the General Council of the Spanish Lawyers (CGAE).

Throughout this Brussels seminar, the trainers, Mrs. Maufort and Mr. Fernandez-Bertier, shared their knowledge on the EU and Financial Action Task Force’s (FATF) Risk assessment with an attentive audience composed of Italians, Spanish, Bulgarian and Belgian lawyers and notaries.

The work of the EU regarding AML/FT was presented by Ms. Raluca Pruna, Head of Unit D2 Financial Crime, DG FISMA, European Commission, while the role of the European Economic and Social Committee was addressed by the Vice-President of CEPLIS, Mr. Benjamin Rizzo, President of the Maltese Federation of the Liberal Professions, EESC member, and Group III, co-rapporteur of the Council’s Opinion on the AML legislative.

The participants had the opportunity to listen to presentations given by Mr. Kris Meskens, Secretary General of the Financial Intelligence Protection Unit, and by Judge Michel Claise, examining Magistrate specialized in the fight against white-collar crimes. These distinguished participants were welcomed in the name of the President of CEPLIS and Confprofessioni Gaetano Stella, by our Director General, Prof. Theodoros Koutroubas. 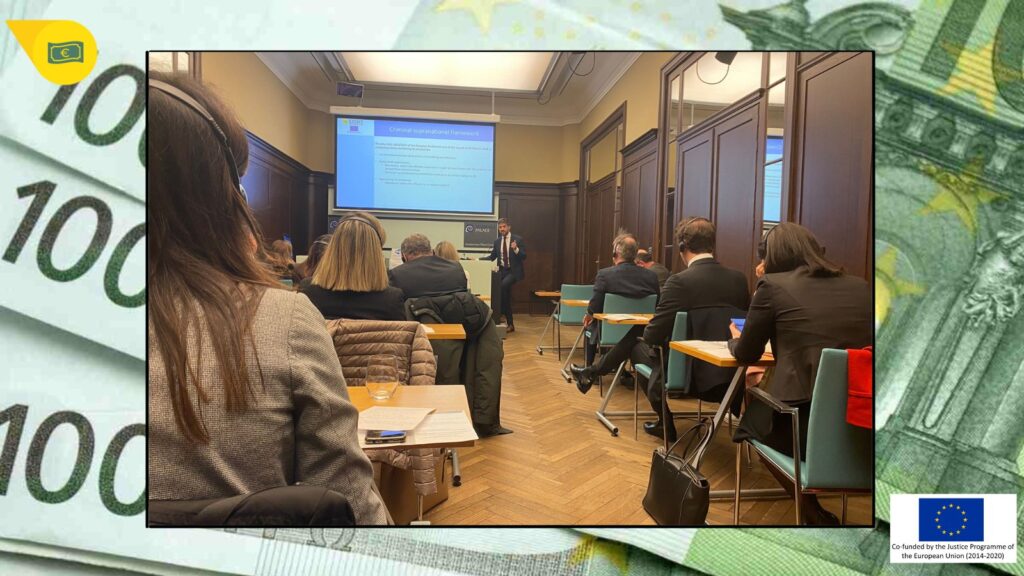 The fight against ML and FT is crucial for the European Union as risks of money laundering and the financing of terrorism remain a major concern for the integrity of Union’s financial system and the security of its citizens. CEPLIS is convinced that helping the legal professions by increasing their competencies on the matter will contribute to make the EU a safer and more transparent space.

Those who did not had the chance to attend the Brussels seminar, still have the possibility to register in the two following national seminars. These will be held the 26th-27th of May in Sofia, and the 22nd-23rd of May in Madrid.

You may find more information about these events here, or by writing to our Secretariat.