Porto, meeting of CEPLIS General Assembly – 31st of May 2019 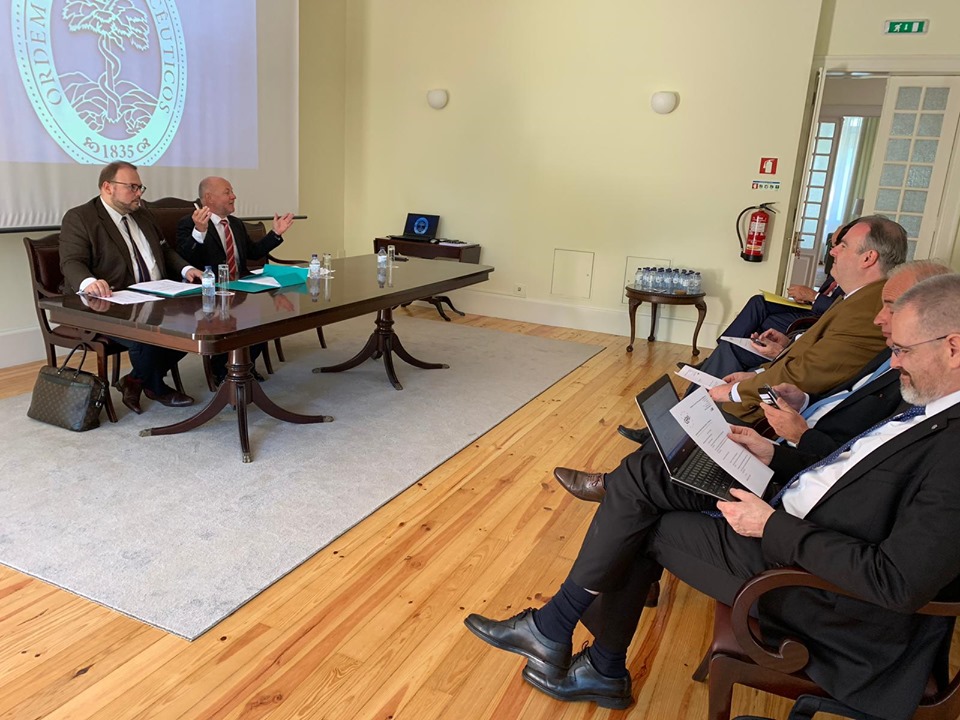 When, at the end of last November, I was proposing you an increased number of priority fields of work for CEPLIS for the year to come – in view of its importance linked with the European elections and the new Commission – some of you have expressed understandable doubts as per the capacity of our quite small structure to deal with success with so numerous tasks.

I am today particularly proud to present you this report, the last one of my four and a half years as President of this organisation, because I can inform you without the slightest exaggeration, that we have indeed realised all the goals that the General Assembly has set for us at the end of 2018.

Thanks to an efficient ad hoc Working Group, chaired by our Belgian colleague, the President of UNPLIB, Mr. Jacquemin, the Executive Board received a quality draft of what has become, after our own and your own feedback, our Memorandum to all decision-makers that are going to shape the policies of Europe in the coming months.

Whilst the works for the drafting of our Memorandum were ongoing, our team, in close collaboration with that of my good friend, Mr. Othmar Karas, MEP, has organised a very successful breakfast discussion in the European Parliament, where issues such as the “Proportionality Directive” were debated, with the participation of several MEPs of the SME intergroup, the President of the EESC’s “Diversity” Group and the Director of European Commission’s DG GROWTH for the modernisation of the Single Market, my friend and compatriot, Mr. Gambs. The latter, invited CEPLIS to present one by one the points raised in our Memorandum, in front of an enlarged team which has the task to advise the future Commissioner on the main steps to take in order to advance the goals of the Union. Our Director General represented us there and I am sure that you have appreciated his detailed report.

Last but not least, thanks to our Italian member Confprofessioni and to our future President, Gaetano, the good practice of presenting our points of view directly to the governments holding the rotating Presidency of the EU Council was continued and our Memorandum was directly presented to the Head of Cabinet of the Romanian Government, thanks also to the good networking of our colleague Nicolae Mirica, from our Romanian Member UPLR.

And as if this was not enough, our Working Group on the revision of our statutes, created at my joint initiative with our French member UNAPL, has completed its works. The new Board will examine its proposals and submit to you amendments to our statutes at the occasion of our second GAM of 2019.

Needless to say, during all this period of intense activity our Secretariat continued to work as usual, in order to advise those of you who had specific requests, to send out our Newsletter, to participate in several conferences and events organised by the European institutions and to follow-up the works of the EU–funded project on the sustainability of social dialogue in the field of the liberal professions, in which we collaborate under the leadership of Confprofessioni.

Dear Friends and Colleagues, when I was addressing you as President for the first time back in 2015, I was very conscious of the fact that I was obliged to spend a lot of time proposing a way forward as regards our financial situation, which was indeed becoming an obstacle to the continuation of our good work. My ambition, my hope, my dream if you want, was to be able to conclude my Presidency with a speech fully dedicated to our achievements as per the objectives of our organisation, and this day I am indeed enjoying the realisation of this ambition.

Thanks to the good work of all of us here, thanks to your constant support to CEPLIS and to its President and Executive Board, thanks to the dedication of our staff and of my friend Theodoros, our Director, we can be all proud today to observe, that our organisation enjoys a big visibility and a very high respect at the level of the European institutions and the other stakeholders of our sector. This visibility and respect are due to the serene, respectful and efficient way we are lobbying for our causes, whilst at the same time, we are producing quality work for, and we are sharing reliable information with, our associates and institutional interlocutors.

When our team begun its mandate to lead our organisation, back in January 2015, the previous Executive Boards – in which I am proud to say I had the honour to participate –had already achieved to overturn the negative effects of the counterproductive introspection that marked CEPLIS’ last years of the 90s and the first two years of the current millennium. Our task was to build on their achievements and at the same time to get rid of a number of financial issues that were an obstacle to our development since a number of years, due to a number of unfortunate risks.

We have fulfilled this task by taking bold steps in all fronts and without fearing to use our personal credibility for the purpose of achieving our objectives.

Hence, at the level of the European Economic and Social Committee, where old rivalries had created mistrust for many a year, I have personally used my mandate as member that begun in 2014, in order to bring us closer, shed light upon previous misunderstandings and prove that we can bring a valuable input towards advancing in common goals. Ben Rizzo, our Maltese friend from MFPA, also a member of the Committee and of our Board, has actively stood by me on this, offering all his precious help. The results, you have seen them with your own eyes several times now. There is no EESC event on the liberal professions without an official CEPLIS speaker and most of the times even several CEPLIS speakers. The Day of the Liberal Professions, the Manifesto of the Committee on the Liberal Professions, the work towards a new definition of the Professions, have all had us as a major contributor, whilst the President of the “Diversity” Group, my good friend Arno Metzler, has joined us in Paris in order to address our Permanent Committee meeting, at the invitation of Gaetano Stella, President of that Body.

At the level of the European Parliament also, our decision to opt for a realistic rapprochement with the SME intergroup, headed by my friend and compatriot, Othmar Karas, also brought fruit. From a short number of visits to the offices of some friendly MEPs in Brussels or Strasbourg per mandate, we have reached the stage of organising one discussion Breakfast with MEPs per year, with several cross-party MEPs present and of course with the participation of European decision-makers of the highest ranks.

At the level of the Commission, Theodoros’ very good personal relations were also greatly helped by our ever-improving reputation. The nomination of Mr. Hubert Gambs to the position of Director for the Modernisation of the Single Market, has made things even better. Today everybody knows that CEPLIS’ events can count with the presence of Commission’s representatives at least at the level of Head of Unit and that CEPLIS is one of the first organisations to be consulted in all Commission projects relating to our sector.

And as I have already said, at the level of the Council, we have our First Vice-president and future President to thank for associating CEPLIS to Confprofessioni’s visits to the rotating Presidencies of the EU Council.

I cannot here forget our Common Values, the updated version of which we have officially adopted some weeks before the beginning of my mandate as CEPLIS President. Thanks to an excellent collaboration between our Secretariat and Board, spearheaded by our friend Benny, the Maltese Presidency of the Council and the Honourable Minister Bartolo of the Maltese Republic, we have managed to print without cost for CEPLIS an elegant booklet that has become a real visit card for our organisation and has placed us, along with the Centre for Excellence for Professional Ethics, in the centre of the most important of debates that regard our socio-economic category.

The stunning results of the last five months, with which I have started this speech, are a perfect conclusion for this Presidency’s term and a great beginning for the new Board. Together we can make the good even better as I always say. But allow me just for today to be very satisfied with the good we have achieved!

Some final words before concluding: last Sunday’s European elections mark a reverse to the unfortunate trend of ever-bigger abstention of the citizens from fulfilling their duty to our European democracy. As you know, CEPLIS has actively supported through all its social media the European Commission’s effort to persuade more Europeans to cast their votes. I do believe that this raise in participation represents a hope for the future of our institutions and has already contributed to reduce, at least in comparison to the dreadful predictions of the pollsters, the number of populist and/or Eurosceptic MEPs in this Parliaments’ five year mandate.

These five years won’t be of course without challenges for our professions: Digitalisation, artificial intelligence, revision of key Directives concerning our sector, Entrepreneurship, sustainable growth will be just some of them. The professions must realise that success will come only by uniting their voices and actions! Let’s remember that CEPLIS current success and reputation is largely due to the fact that we are not speaking of just a fraction of our socio-economic category but rather for all of it, bringing together  as we do mono-professional and inter-professional bodies from countries and professions with different sizes but equal importance.

Let me thank each and every one of you for the support you have personally given to me all these years and let me assure you that from my position within the European Economic and Social Committee I shall continue to support CEPLIS and its goals.

Let’s go forward all together.