Very well attended by representatives of professional organisations, MEPs and assistants, the 2nd breakfast discussion hosted by CEPLIS, in the European Parliament was held today in Brussels from 8 to 9 a.m.

The subject that brought together so many stakeholders of our sector was:” EU Legislation on services and EU Liberal Professions two years after the Service Package”. Under the auspices of the SME Intergroup of the European Parliament our event included four main speeches aiming at animating a dialogue with the participants. 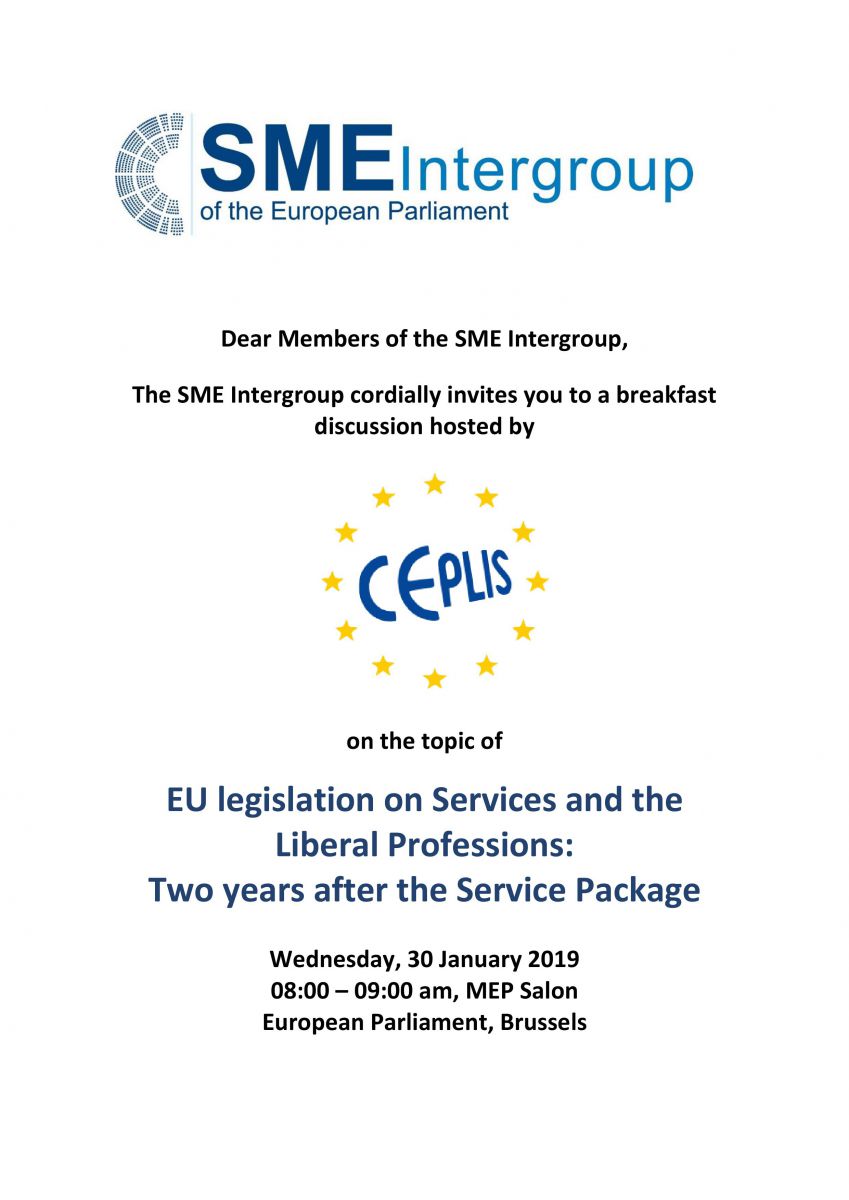 The Romanian MEP, Mrs. Maria Grapini, Vice-president of the SME EP Intergroup, was the 1st to take the floor, she was replacing her President, Mr. Othmar Karas, MEP, a long-time ally of the professions.

Mrs. Grapini acknowledged the need to involve the European Parliament in the monitoring of the implementation of the Directives on Mutual Recognition and of Proportionality.

She didn’t hide however that her opinions are radically different to those of the professions in a significant number of issues such as the E-cards and the Notification Directive.

On the latter, the MEP informed us that in order to be adopted during the present legislation, the European Parliament, the Council and the European Commission must reach an agreement in trialogue by mid-February.

Obviously, R. Kolbe began his own speech by rendering ever clearer our arguments against the Notification Directive, E-cards and a number of other issues.

Mr. Kolbe focussed on entrepreneurship in the field of the Liberal Professions, regretting the Commission’s decision not to continue the Tajani initiative, which has set a perfect example of win-win dialogue between the Commission and our socio-economic category.

The President of CEPLIS called upon the EP to express its disappointment to the European Commission for their non-continuation of that initiative and to call upon the new College of Commissioners in favour of applying the conclusions of the Working Group on entrepreneurship in our field.

Referring to the Proportionality Directive, Mr. Kolbe underlined that the professions are not here to defend outdated and exclusive regulations coming from another century, but rather to make sure that everybody understands that those regulations that bring added value to the clients/patients are not violating the rules of the Single Market.

Our President explained that the wish of the professions was and is that the Single Market and the EU evolve into the strongest knowledge-based economy in the world by focusing on high quality services.

Rudolf Kolbe asked both the Commission and the Parliament to use the monitoring of the Directives in order to soften problems such as those coming from a non-timely transposition of the partial access into national legislations.

He has also urged the EU institutions to provide the professions with guidance documents relating to the consequences of Brexit in our sector.

Rudolf Kolbe’s speech was followed by that of the President of the EESC Committee’s Diversity Group. Mr. Metzler presented the work of the Diversity Group towards a broadly accepted definition of the Liberal Professions and highlighted the EESC’s efforts to discuss all challenges faced by the professionals in the Single Market notably through the organization of events such as the Day of Liberal Professions.

Last of the speakers, the Director of the EU Commission’s DG Growth Modernization of the Single Market, Mr. Hubert Gambs expressed the position that the European Commission is not fighting for less regulation and has no wish to abolish regulations but is rather trying to avoid unnecessary regulations and to promote adequate regulations in order to strengthen the Single Market.

The Director of DG Growth did not shy away from auto criticism accepting that the European Commission did not do enough to convince the stakeholders and authorities from Member States on the strong points of some of its proposals within the “Service Package”.

In the discussion that followed, all participants acknowledged the importance of the professions as creators of growth and employment in the European Union. As Mr. Metzler pointed out liberal professions grow by 7% every year despite the fact that they are heavily regulated because their regulations are about quality and they compete for quality.

A strong argument for a regulated market and not a market at any price is the clear link between regulation and quality as pointed out by the President of ECEC Mr Klaus Thurriedl.

MEPs and participants remained in the breakfast room networking long after the event. 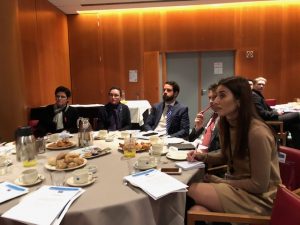 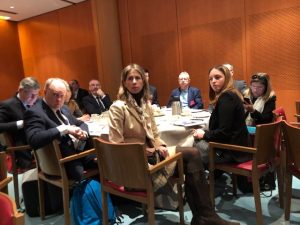 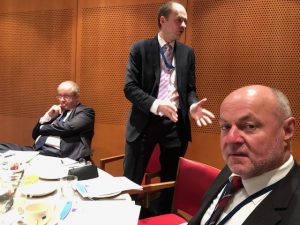 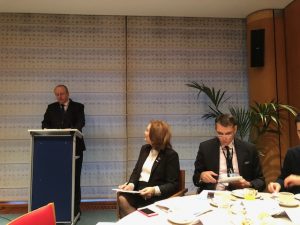 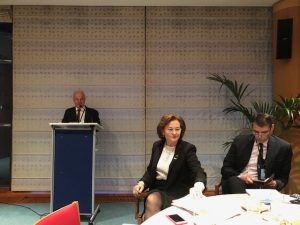 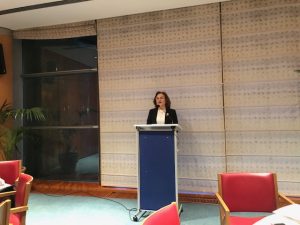