We take a particular pleasure today in publishing an interview with the President of one of our founding members, the UNAPL – France on the impact of the current crisis on the liberal professions in France. We would like to sincerely thank President Picon for giving us the chance to share with all our membership the experience and the good practice followed by our French Colleagues.

In a relatively improvised way, it must be admitted, teleworking was set up very effectively and this is to be celebrated because it has been a very intense period for UNAPL. Meetings by videoconference have even made it possible to collect a number of attendees that physical meetings often struggle to reach. They also favour greater discipline and efficiency than the face-to-face meetings allow. This enabled us in particular to ensure permanent and efficient contact with our member organizations. Many of our organizations, however, want a resumption of face-to-face meetings or alternate, face-to-face and video meetings.

There was, therefore, relatively little disruption to the functioning of UNAPL.

In fact, on several occasions, UNAPL had to impose itself as an interlocutor, but, thanks to the ministerial reshuffle, Mr. Alain Griset, President of the Union des Entreprises de Proximité (U2P), in which UNAPL decided to adhere some years ago, was named Minister Delegate in charge of small and medium-sized enterprises. This was a recognition of the importance of the work carried out since U2P’s establishment in November 2016. The liberal professions are explicitly attached to its portfolio and an special advisor will be dealing with our sector. This reorganization therefore gives us new visibility and the presence of an interlocutor whom we know and appreciate, attentive to the problems of our sector.

Of course. We listened to each of the professions in their particularity and diversity. We have organized videoconferences to gather as much information as possible about each person’s situation and pass it on to political decision-makers.

Then, at the time of deconfinement and to support the process, UNAPL collected and sent to the Ministry of Labor, for online publication on its site, the particular guidelines by profession for the prevention and protection of COVID 19.

At the same time, every month since the crisis and through the Economic, Social and Environmental Council, we are sending to the government a report on the liberal professions.

In return, UNAPL ensures a role of transmission and educational information to its base: by the publication of a practical online guide for the implementation within liberal companies of the economic and social measures taken by the public authorities ( in the form of questions and answers), through its action, also, through the ADSPL (Association for the development of social dialogue and parity in the liberal professions sector) and the regional joint commissions of liberal professions (CPRPL) with businesses, in the fields on regulatory and legal provisions relating to COVID (social, fiscal).

The crisis has, in fact, revealed the importance, as if it was necessary, of our role in the functioning of society. The role of the liberal professions in the protection of health and fundamental rights, but also in business advice, has in particular, been updated. The pivotal role of caregivers, whose commitment should be commended, has been underlined many times. But other professions have also been very involved. The role of the pharmacist as the first point of access to advice and care has been consolidated in this time of crisis. Following an order of March 15, 2020, dispensary pharmacists were authorized to renew expired prescriptions in cases of chronic treatment. Moreover, a new mission is assigned to them following the actions of sensitization carried out by the government with regard to violence against women and domestic violence: that of locating, identifying and referring possible victims. In this regard, it should be noted that the Ministry of Justice has decided that the courts dealing with cases of violence against women will remain primarily mobilized during confinement. The lawyers were able to continue to plead in these cases which unfortunately multiplied.

Finally, a number of companies hit hard by the crisis have turned to advice. The accountants thus found themselves to be the direct and almost daily interlocutors of companies who needed advice on how to benefit from the aid designed by the government and how to put it in place.

Unfortunately, this will be the case. For many liberal professions, the recovery will not be really become effective before the start of the September 2020 school year. For some, in particular those related to culture, it risks being postponed even later. For others, such as architects, the crisis will continue to have significant repercussions on activity in 2021. In general, the profitability of liberal firms will be lastingly and seriously affected.

Much of UNAPL’s action has been to remind the government that the liberal professions should be explicitly included as beneficiaries of business support measures. In the first version of the decree establishing the Solidarity Fund, the liberal professions were, in fact, forgotten. Thanks to the action of UNAPL, they were able to be integrated as beneficiaries of the fund. Likewise, for the partial unemployment benefit scheme. Finally, UNAPL has obtained that liberal professionals – excluding health professions which already benefited from it – can benefit from daily allowances by health insurance for the care of children under 16 like other self-employed.

Some of the UNAPL’s proposals have been accepted and will significantly help the liberal professions. This is the proposal to perpetuate – until December 31, 2020 – and strengthen the solidarity fund for all companies suffering from the effects of the crisis on a long-term basis, to materialize the reductions in charges for the liberal professions in proportion to the decrease of their turnover, to transform the loan guaranteed by the State into a ten-year loan, with a fixed rate capped at 1%, to support very small businesses in the implementation of a digital strategy. 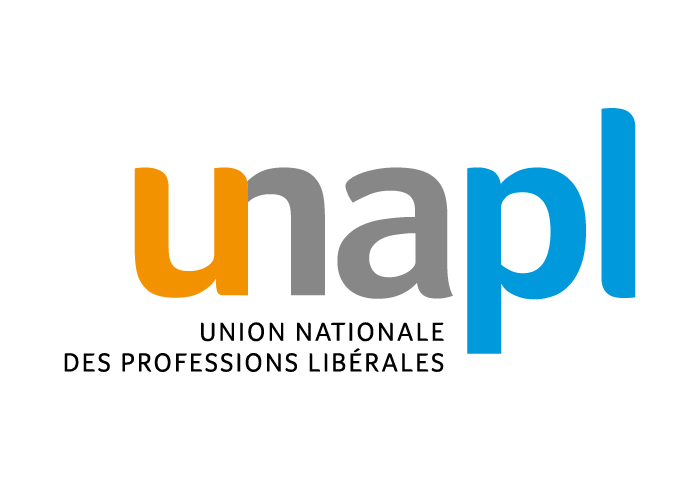 UNAPL also proposed to the Minister of Economy and Finance, Mr. Bruno LEMAIRE, who was very favorable to it, a measure to support the small business sector during the post-crisis period. This is still under study. It provides that the tax advantages benefiting individuals who invest in companies in the form of an enterprise and possessing capital are extended to those who invest in sole proprietorships which have no capital. This proposal would be of great interest to very small liberal companies and would allow savings to be mobilized to support the economy.

By destabilizing many liberal companies, the crisis has revealed the urgency of responding to new needs among liberal professionals, or at least needs that had been muted for lack of consensus. This is particularly the case of daily sickness allowances, the principle of which is now supported by UNAPL in front of the Social Security Directorate. It remains to define the amount, the rate of the allowance as well as the governance of the system. This initiative is part of the European approach which wishes to extend and strengthen the social coverage of the self-employed who, by tradition, have sometimes refused to be covered for certain risks in order not to pay too high taxes.

The crisis has also accelerated certain necessary transformations such as the digitization of liberal companies, but also with certain problematic aspects linked to it, such as in the health sector, Doctolib’s stranglehold on teleconsultations, which challenges the independence of professionals.

In general, the crisis has made our questioning more acute about what continues to make the identity of the liberal professions through the many transformations to which they are subject.

UNAPL has thus created a dedicated working and reflection group, chaired by one of its Vice-presidents and with which its Board will collaborate. It will be composed of leading scientists and researchers.