Held the 14/11 in the premises of the European Parliament at the kind invitation of Mr. Carlo Fidanza, MEP, our second statutory General Assembly meeting was a very fruitful and indeed important event for the future of our Council and the goals it aims at achieving. 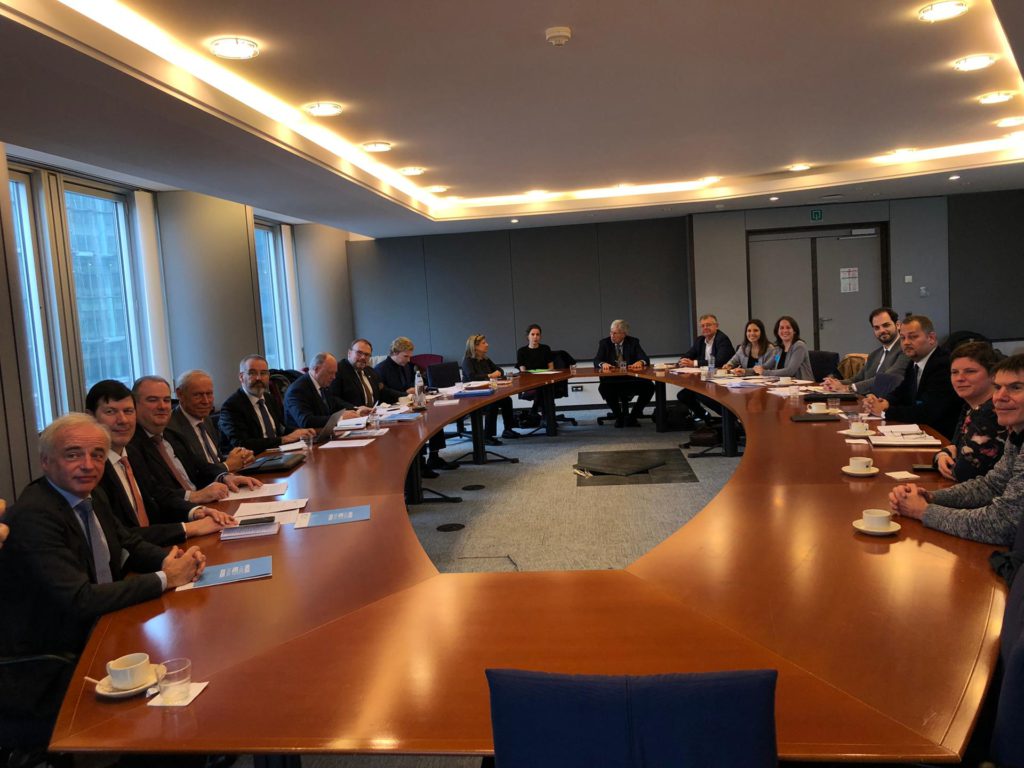 First of all, the Assembly has adopted with no cons the amendments to our statutes that were proposed by our ad hoc WG and the Board, in order to make our work more efficient and of course to perfectly abide by the Belgian laws and the modern governance of NGOs

At the proposal of our President and of the Board, the sovereign body of our organisation has then unanimously adopted a list of key priorities for the three years mandate of Mr. Stella’s presidency. Gaetano Stella’s report on the achievements of the organisation in the last six months – amongst which the present website – were also unanimously saluted.

In the context of our priorities, three new groups were set up in order to involve the members in the decision-making:

And finally, a window to our colleagues from the other side of the Mediterranean, the members of the General Assembly have unanimously accepted the candidature of the Union Nationale des Professions Libérales, the interprofessional organisation of Morocco, to the status of CEPLIS Observer member! A warm welcome!

You may find below some pictures from the meeting

Please pen down: Next General Assembly meeting venue: Zaghreb in Croatia the 29th of May 2020.